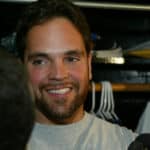 Mike Piazza may be the biggest underdog story in the history of Major League Baseball. Drafted in just the 62nd round, Piazza exceeded all expectations and became one of the best hitting catchers the game of baseball has ever seen. Piazza redefined what it meant to be a Major League catcher during his 16 years in the league. Playing for five different teams … END_OF_DOCUMENT_TOKEN_TO_BE_REPLACED 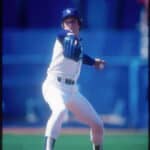 It’s rare in life for a person to receive a second chance when presented with an opportunity. That’s not the case for some pro athletes. Former Major League Baseball pitcher Steve Howe had seven chances. During a 12 year career where he was employed by four different teams, Howe was repeatedly suspended by his employers and MLB. Each suspension was caused … END_OF_DOCUMENT_TOKEN_TO_BE_REPLACED

The Life And Career Of Mike Piazza (Complete Story)