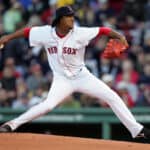 Pedro Martínez in the late 1990s and early 2000s was one of the most dominant and feared pitchers the game of baseball has ever seen. Over his nearly two decades in the Major Leagues, Martínez was a premier strikeout threat who puzzled hitters with his blazing fastball and devastating changeup. Martínez was smaller than average for a big-league pitcher, and his … END_OF_DOCUMENT_TOKEN_TO_BE_REPLACED 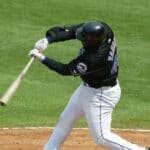 Mo Vaughn was one of baseball’s most feared and intimidating sluggers of the 1990s. He had a towering frame of six-foot-one and over 220 pounds. Nicknamed the “Hit Dog,” Vaughn seemingly hit baseballs harder and further than most any other player. He had a notable decade-plus long Major League career, most notably for the Boston Red Sox, where he won the 1996 … END_OF_DOCUMENT_TOKEN_TO_BE_REPLACED

The Life And Career Of Pedro Martínez (Complete Story)