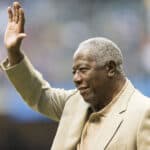 Hank Aaron is one of the most iconic baseball players in the history of the game. Besides breaking Babe Ruth’s infamous home run record, Aaron was an icon in both Milwaukee and Atlanta, leading the Braves to two pennants and a World Series title in 1957. Aaron combined his immense hitting power with Gold Glove-caliber defense in the outfield. Playing for over … END_OF_DOCUMENT_TOKEN_TO_BE_REPLACED 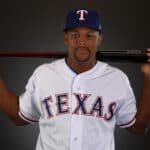 Adrián Beltré’s Major League career is among the more interesting ones in recent memory. Beginning as a top prospect, Beltré played through various ups and downs before becoming one of baseball’s best personalities and players for the Rangers in the 2010s. https://twitter.com/mlbelites_/status/1565021681311162376   Early Life Adrián Beltré was born in … END_OF_DOCUMENT_TOKEN_TO_BE_REPLACED 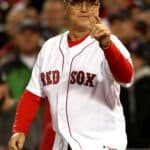 Nicknamed “Pudge”, Carlton Fisk played Major League baseball for 24 years, becoming one of the greatest catchers to ever play the game. Growing up in New Hampshire and hoping to play for the Boston Celtics one day, Fisk quickly became infatuated with the game of baseball and dedicated his life to the game. Using his hard work ethic and unrivaled competitive … END_OF_DOCUMENT_TOKEN_TO_BE_REPLACED 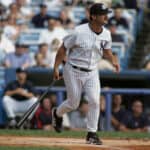 Known as “Donnie Baseball” and the “Hit Man,” Don Mattingly was one of baseball’s best players in the 1980s with the New York Yankees. After tearing through the minor leagues in just three years, Mattingly made an instant impact on the Yankees and the city of New York. Combining intense concentration, slick defense, and an ability to hit for both average and … END_OF_DOCUMENT_TOKEN_TO_BE_REPLACED

The Life And Career Of Hank Aaron (Story)